Are You a Maker or a Taker

Write-Pathway welcomes Dr. Richard Leonard, long-time friend from the world of ministry and writing. Richard has given me permission to post this article which was published in the DAILY GATE CITY, Keokuk, Iowa, January 10, 2013. People who are interested in perserving our America the way it was in years past will appreciate the way Richard debunks the myth that our government is promoting that Social Security and Medicare are entitlement programs funded by taxpayers. Information is given below that will let you contact Dr. Leonard and thank him for taking the time to work through the process and inform the American people of the truth.

Recent political debate about how entitlements are stressing the Federal budget has raised the distinction between Makers and Takers. What percentage of the U.S. population are Makers, contributing to Federal revenues through the taxes they pay? And what percentage are Takers, who put nothing in but take out benefits the taxpayers are providing for them? And how long can we sustain a situation in which the benefits Takers receive exceed the resources the Makers provide through the taxes they pay — a scenario that requires the Federal government to go deeper and deeper into debt?

As a “retired” recipient of Social Security benefits for a decade now, I wondered whether I myself had become a Taker instead of a Maker. With a work record beginning in 1958, I wondered whether the FICA withholdings from my paycheck through the years, plus my employers’ matching FICA taxes, were still paying for my monthly benefit. Or had my “contributions” been exhausted by this time, so that I’m being supported by other taxpayers? My question led me to some research, and the creation of a spreadsheet to figure out the answer. (Read more . . .)

The first step was to capture the record of all my wages that had been subject to the FICA tax; that was easily obtained through the Social Security web site. Then I had to apply the FICA rate (combined for me and my employers) for each year to my wages. (When I started work the rate was 4.5%; when I retired the rate was 15.3%.) The result was the amount of money that was put into the system each year on my behalf.

I was ready to answer my question: was I still a Maker? I totaled all my Social Security benefits since I retired, at 65½ in 2004, through the year 2012. I used the total benefit, including the Medicare premiums that were deducted. (Yes, we “geezers” pay a premium for our Medicare!) I then subtracted what I have received thus far from the total of my FICA input as adjusted for inflation.

I am happy to report that I am still a Maker — there is still money in my “account” that was paid in on my behalf throughout a work record of 46 years. Estimating my monthly Social Security benefit in years ahead (it will go up some, of course), at age 74 I still have about ten years to go before I transition to Takerhood.

But wait — there’s more to the story! My annual FICA payments were simply absorbed into the Federal Treasury every year. The so-called “Social Security Trust Fund” is a myth. Politicians just took my contributions to the retirement system and used them to make themselves look like better managers of the nation’s budget. But what if my FICA payments had been shielded from raiding by demagogues, invested in the stock market, and allowed to grow?

To figure this out, I looked at the Dow Jones Industrial Average since 1958 and compared the closing average each year with the previous year’s close. That gave me a growth (or reduction) factor for my hypothetically invested accumulated FICA input. For example, in 1981 the Dow closed at approximately 875; in 1982 it closed at 1047, nearly a 20% increase. I took the accumulated total in my “account” for 1981, added my FICA input for 1982, and applied the 120% factor to the sum, resulting in a new accumulated total as the base for the 1983 calculations. Those calculations would use the 1983 DJIA closing average to calculate the new factor — and so on down the spreadsheet.

True, the market has its ups and downs. In the 70s it had some negative ratios, and during that time my hypothetical investment accumulation sometimes dropped below the raw FICA total. However, since then the market has “taken off.” Over the years, in fact, the market has had an annual increase in value of better than 9%. As a result, if my FICA input into the Social Security system had been permitted to grow in this way it would today total around 2.5 million dollars. I could not live long enough to become a Taker, instead of a Maker!

A trained economist could probably refine my amateur approach to this question, but I believe his result would have been substantially the same. The point is: if you worked for four decades or more, paying into the Social Security system, and are now receiving retirement benefits, you probably can’t be accused of being a Taker instead of a Maker. The title of Taker should go to someone else.

So what do you think. Are you a Maker or a Taker? Leave a comment below. 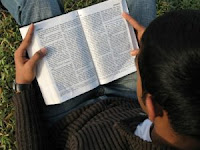 
The best advice I can give an aspiring writer or editor is to begin immediately to prepare for the task God has called you to do. Regardless of your career choice, being an approved workman should be the goal of all of God’s children. Study to show thyself approved, a workman that need not be ashamed. . . (2 Timothy 2:15).

Doctors, lawyers, teachers, ministers, welders, electricians, mechanics, graphic designers, technology gurus—every career choice requires extensive training in order to achieve success. Why should it be any different in the field of writing or editing? Yet many people attempt to write or edit without ever having any professional training. Without training, most of them will fail.

When my husband felt called by God to become a pastor, we had just moved into our new home. He had recently been promoted to supervisor at GE and I was teaching first grade. We had four children (ages 3-14).

His first reaction was: “I don’t know anything about being in the ministry. I have to go back to school and prepare for this task God has called me to do. This will change our lives dramatically. We’ll have to quit our jobs and move to the seminary.”

What was God thinking? It seemed impossible! Four months later we were at seminary, and the whole family was enrolled in school.

When I decided to become an author and editor, I had an MA Ed in education and had recently retired from teaching, but I realized I needed specialized training before I could move to a new career. I knew I had to invest time and money to make this dream come true. I took many online and community college courses and attended several writers’conferences to prepare for the ministry of writing and editing.

Do you dream of becoming a writer or editor? What kind of sacrifices are you willing to make? Do it now! Enroll in your first course today and begin the journey. Check out the "Classes Taught by Ann" on this blog. You can make that dream come true.

Posted by WritePathway at 12:09 AM No comments: