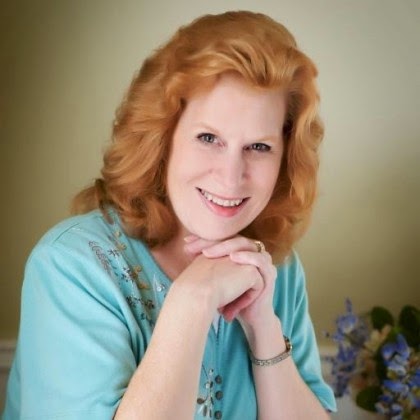 Linda, I'm so happy to have you with us today to learn a little about you and about your new release The Cat Lady's Secret. Right there, you've piqued my interest because I love a secret and I used to know a cat woman who had about two hundred cats. But first, let's learn about you.

What would you do with your life if you didn't write?

I love being a freelance editor and thoroughly enjoy helping others polish their manuscripts or helping them reach an epiphany pertaining to some aspect of the craft. I’ve held positions as editorial assistant for a literary agent, content editor for a small publishing company, and copy editor for a small ezine–even had a short blast as an acquisitions editor.

For the sake of my writing, I gave up what jobs were not already defunct (the e zine saw only a couple of releases), but if I didn’t write, I’d pursue editing more actively. Love it.

How many rejections did you get before you published a book?

My first book, Shattered Crystal, received only one rejection, and it was enough to make me take the craft more seriously. I dumped that manuscript in a drawer and started a new one. The second, Petting Wet Cats, showed promise and improvement, but it landed in a drawer too, without ever being pitched.

I thought I had a winner with Give the Lady a Ride, but it received several rejections–all encouraging, but rejections just the same. I finally offered it to the publisher I worked for at the time, and she took it. One reason I stopped submitting it was because of the insanity going on in my life at the time–deaths, illnesses, long stints away from home–which didn’t end until three years later.

How many books have you published? Are all of them published by traditional publishers?

The Cat Lady’s Secret, Give the Lady a Ride, and Writing in Obedience, which I co-wrote with literary agent Terry Burns, were all traditionally published. However, Ride was released by the original publisher, so I put it out myself earlier this year.

Tell us a bit about The Cat Lady’s Secret.

Like many people her age, Emily Taylor has a past; unlike others, she goes to extremes to hide it, particularly from her high school sweetheart. Their newly rekindled romance brings joy to her quiet life. But when her generous contribution to the family of a young man with a brain tumor draws the attention of a journalist, her security as an anonymous benefactor is threatened. And when a string of arsons throw her into the limelight, that security begins to crumble. Instead of living in fear of being discovered, Emily decides to confront her past head on . . . in prison.

This intricate tale of love, forgiveness, and second chances started out to be a comedy, but I wrote much of it during the “crazy years.” The tone of my life during that time affected the tone of my work. Now it’s a comedy/drama that holds much more depth than it would have otherwise. I’m excited about the results.

What two or three things would you do differently if you were starting your publishing career today?

I’d be more patient. Far more patient. I’m tickled with what I’ve accomplished over the seven years I’ve been at this job and not complaining at all. But I can’t help wondering what would’ve happened had I waited out the storm in my life before offering Ride to its publisher, or what would’ve happened if I’d waited until I was well from my last bout with Crohn’s disease before pitching Cat Lady.

What is the first thing you do when you begin a new book?

First thing I do is write the first several chapters, as far as my ideas for each scene go. Next I grab a spiral notebook and show myself what I’ve learned about my characters and their stories. I can’t call myself an outliner yet–my first draft usually serves as my outline–but I do stop writing to sketch out a few scenes and play with my characters.

Have you received a particularly memorable reader response or peer honor? Please share. 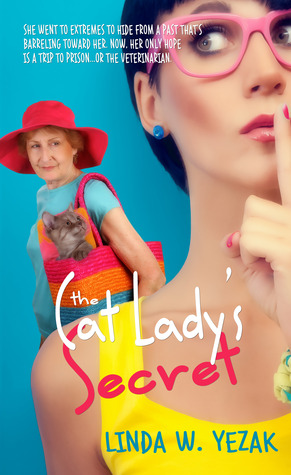 The Cat Lady’s Secret was a finalist in the Genesis contest, back when the contest had only two rounds. I haven’t yet submitted it to any other competition.

Those honors are amazing, but my favorite responses were from a couple of readers, both commenting on Give the Lady a Ride. One was going through a rough patch in her life and found comfort in a comment made in the novel. Hearing that humbled me and warmed my heart.

Another response was a stern reminder to watch my words. A veterinarian from Georgia caught me calling a steer a bull–something totally unintentional, but it slipped past all the edits. She wrote, “You do know the difference, don’t you?” Well, I’m from Texas, and of course I do, but she had no way of knowing. I still giggle every time I think of the letters we exchanged. She was a sweet lady.

Oh my, those are amazing results in just seven years. Congratulations, Linda! What's next?

Coming in August is a novel I co-wrote with a friend, The Simulacrum. Brad Seggie had a marvelous idea for a story similar to Dan Brown’s The Da Vinci Code, but instead of tweaking the noses of Christians, as Mr. Brown does, Brad tweaks the noses of evolutionists. His research is impeccable and his logic is flawless, and both are illustrated through characters who are chasing a killer from Texas to Virginia. Finding the man who pulled the trigger only reveals more secrets, and our heroes won’t quit until they get answers.

This conspiracy thriller not only entertains, but also provides food for thought for those who still waffle about Intelligent Design. The Simulacrum is Brad’s debut novel, and I expect it to be a hit.

Wow, that sounds like a real thriller that anyone would love to read.

Well, again, thank you for being with us today, Linda. We look forward to reading The Cat Lady's Secret.

And thank you for having me on Write Pathway, Ann. I hope the person who wins my book will enjoy it. I look forward to reading comments from your readers.

To win a copy of The Cat Lady's Secret, please leave a comment about the interview. Linda will be checking to see who's reading about The Cat Lady. If you follow me, you will be entered twice in the contest. If you tweet or post about it on fb, you'll be entered for each time. Just send me a copy of your tweet or fb post. Be sure to include your email in the comment in order for me to contact the winner. Good luck!
Posted by WritePathway at 7:30 AM 5 comments: