BEHIND THE SCENES AT BRMCWC
by Ann Knowles
﻿ 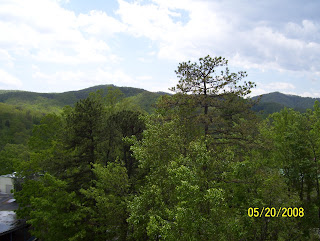 Ridgecrest welcomes 400 volunteers every year, most of whom are Seniors who have retired and are seeking a place of continued service. There are paid staff members in every department, but volunteers provide the broad base support system. They clean, repair, paint, garden, landscape, cook, and stand by to help in any way they can. Some shuttle staff members back and forth to the airport. As busy as they are, they are never too busy to offer a helping hand, directing you to the right building or class, sometimes walking beside you to show the way.
Forty years later he returned again to volunteer and has been volunteering at Ridgecrest April through October for the past twenty-nine years, a fete which has earned him the title of “Mr. Ridgecrest.” At ninety-one, this former pastor drives up from Tallahassee, Florida every summer to take his place on the volunteer staff. Although they offer him free accommodations just to come as an inspiration, he insists that he must earn his keep. He continues to walk the mountain, keeping the grounds spotless and appealing to the eye of every visitor..
During Jack’s lifetime, he served as a pastor and worked with the Florida Baptist State Convention. He also served in the Navy and Merchant Marine and worked at the shipyard during World War II—a productive and colorful life. Once he retired he wanted to continue to serve the Lord and it was natural to return to Ridgecrest, nestled in the Appalachian Mountains of North Carolina where he began his in-depth spiritual journey as a college student.
Many mountain stories are hidden behind the kind eyes and gentle smile of this devoted servant of God. Participants at the writers’ conferences count it a blessing to meet him and hear just one of those stories.
Since it is a well-known fact that there are bears round about the campus, I asked Mr. Epps  if he had ever seen a bear at Ridgecrest. He said he had never seen a brown bear at Ridgecrest, but knew for sure there are bears around. He did encounter a bear at another location. Here’s his story about the bear:
“I was coming down the mountain when I saw a bear coming up the mountain. The path was narrow and there was no way we could pass. The bear walked slowly up the mountain path and didn’t seem to be upset at my appearance. He didn’t appear dangerous, but I had been warned about the bears and didn’t want to take a chance. I turned around and started back up the mountain with the brown bear about five steps behind me. As soon as I came to a place where there was room to pass, I stepped aside and let the bear continue on his way up the mountain. He didn’t make any move toward me, but my heart pounded as I watched him pass by. He went on up the mountain and I continued my trek down. I guess the bear wasn’t hungry that day. Thank the good Lord.”
Thank you, Mr. Ridgecrest! And God bless! 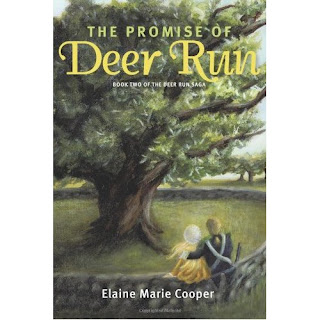 This is a delightful historical novel set in the late 1700s after the Revolutionary War. A Continental soldier still awaits the return of his missing father, years after the last battle. Haunted by the memories of war and scarred from betrayal in love, the young man turns away from his faith. Then he discovers his hope is shared by a young woman, who understands loss and the longing for a father. As they encounter this unexpected connection, their hearts are drawn together. But jealousy, slander, and misunderstandings ignite a fire of doubt and mistrust--destroying their relationship. Can two souls longing for healing and trust learn to love again? Can faith and family be restored?

Enter the contest by leaving a comment below about this post. If you are a follower or become a follower, your name will be entered twice.Please send me an e-mail to let me know if you become a follower or tell me in your comment.  Please tell your friends about the post and encourage them to enter the contest. Thank you for visitng  "Write Pathway" and "Patches of Light" and helping me rejuvenate my blogs.
Posted by WritePathway at 2:31 PM 2 comments: